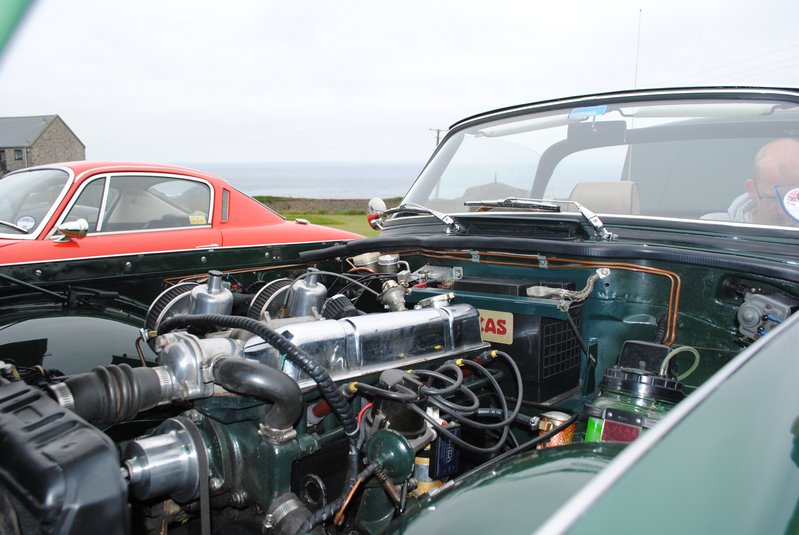 If you were at home watching the British Grand Prix… 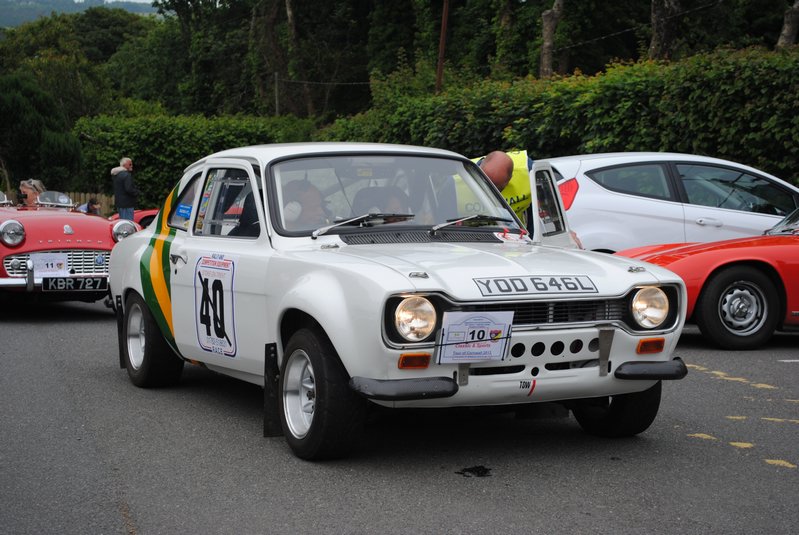 …then the Classic & Sports Tour of Cornwall would have passed you by! Oh such a waste!

Names like Daimler, Lotus, Triumph, MG, BMW, Falcon Roadster, Fait Spyder, Minis, Morgan, Dellow, Reliant, Mexico, Sunbeam, Healey and A35 were banded about all day!
The oldest vehicle taking part was a sprightly 62 year old Dellow Mk2 Sports, followed by a varied menu from the 50’s, 60’s, 70’s, 80’s and even later.
Am I right in saying this year was the first time the Classic Tour did not start at Penhale Round! Or is it the first time for a long time! Someone will put me right!
Anyway for 2013 the event received an appreciative welcome at the Punchbowl and Ladle, Penelewey, Nr. Truro, where coffee was served before the first car took to the road.

The weather did not serve up any sun… 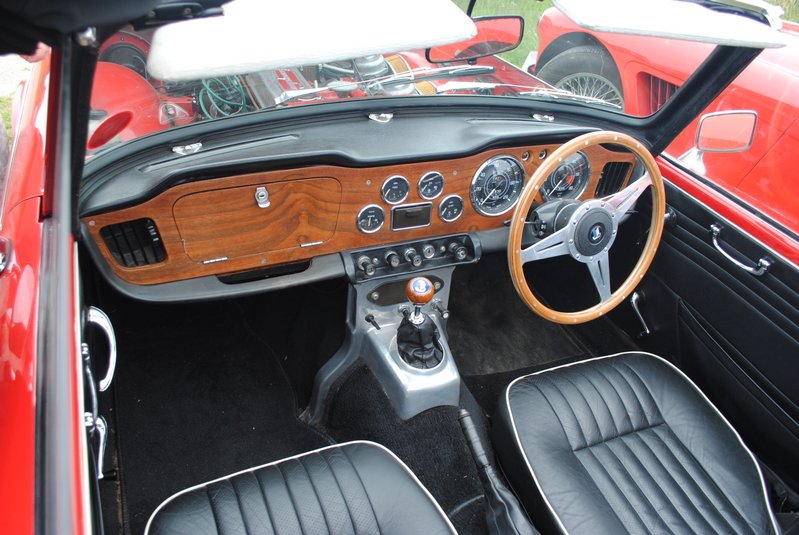 but at least it was dry, allowing the sports cars to strip off a little before the start.
Suddenly a very excited young lad approached and asked if this was a Gumball Rally! I said similar … well you would wouldn’t you, but did explain it was for older cars so 160+ mph was stretching it a bit!

At 10 am the first on 4 wheels to rumble away from the start was Peter in his 1965 Daimler V8 saloon, with the rest of the pack following at minute intervals.
The route lead a path westerly, towards Stithians, then on pass the reservoir itself. 16 miles took the cars to the first passage control at Nancegollan. Godolphin Cross soon followed then Towenshend and on to Relubbus. More twisty bits saw the route hit the A30 at Crowlas where those on the ball turned left and headed for PZ.
The Penzance bypass enabled cars to find the A3071 heading for St Just and the lunch halt at Cape Cornwall Golf Club.
What a beautiful spot, with the club house and golf course overlooking the cape and a view all the way down to Lands End … … on a clear day!

One of the most important factors involving the Classic is a good lunch!

Here credit must go to Richard and his merry helpers who served up an excellent carvery before the afternoon run. 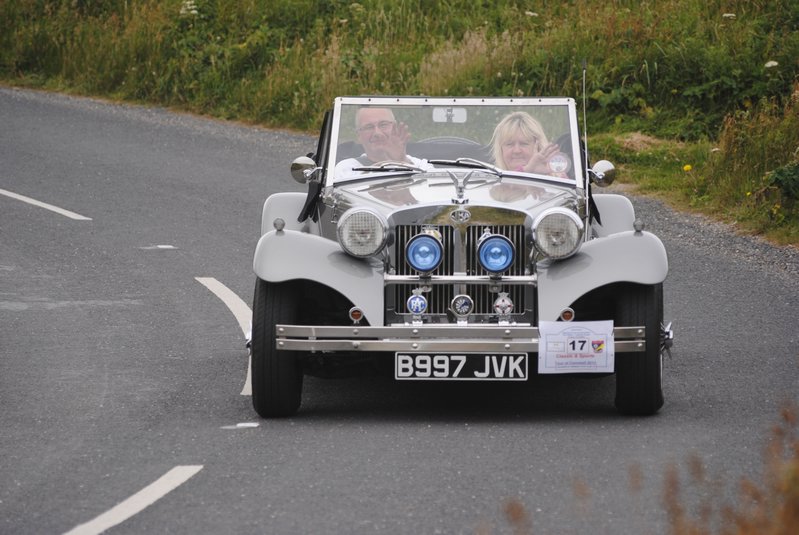 On the road again with no casualties so far! Easy navigating followed with a straight run up the coast road, looping around St Ives, through Hayle and on towards Portreath and Porthowan. After a visit to St Agnes Beacon and the village the route took a right turn towards Mithian.
In doing so the navigators suddenly found the easy times were over. The tulips were now coming thick and fast … so who’s idea was it to have a sting in the tail … … I’m not saying a word!
A slight diversion at Boxeater saw everyone heading for Mitchell and cream teas at the Plume of Feathers. I say everyone, in fact one car was conspicuous by its absence. Questions were asked. Where are they? A left turn travelling up the coast road perhaps! A break down? and who will have the abandoned scones!
Luckily, before a fight broke out our wayward stray swung into the car park, safely home. Great, 100% finishers … well done one and all! 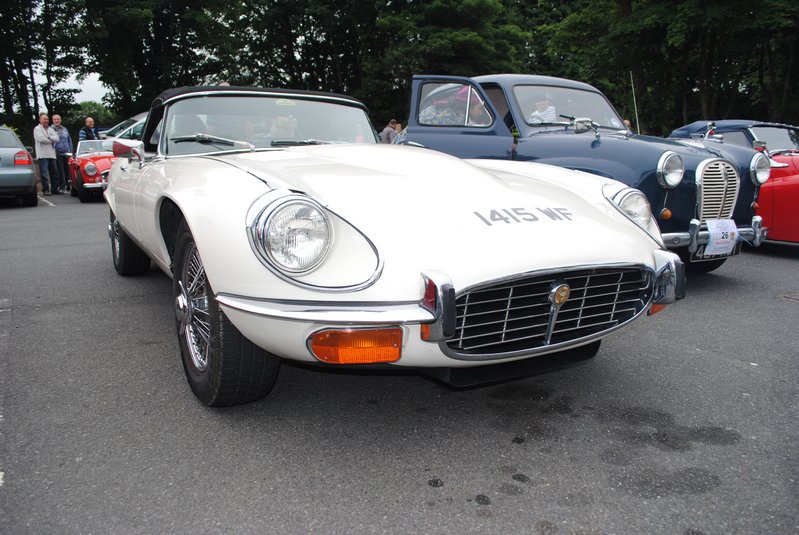 Keith, Peggy, Terry and I would like to thank the many helpers who made the event possible.
From the paperwork people: Martine – printing and the number plate making.
Roger Hargreaves – tulip maker.
On the day:
Start Marshall: Andy
Passage Controls: Ian, Martine, Paul, Fritz, David and Sheila.
Organise the Judging: Richard.
Photographer: Graham Timms
Chris J. for stepping in to take my place, enabling me to take some film of the event.
The Sponsors and competitors who have enabled us to give generously to Cornwall Hospice Care.
… thank you all.

Hope you enjoyed the day and don’t forget next year!